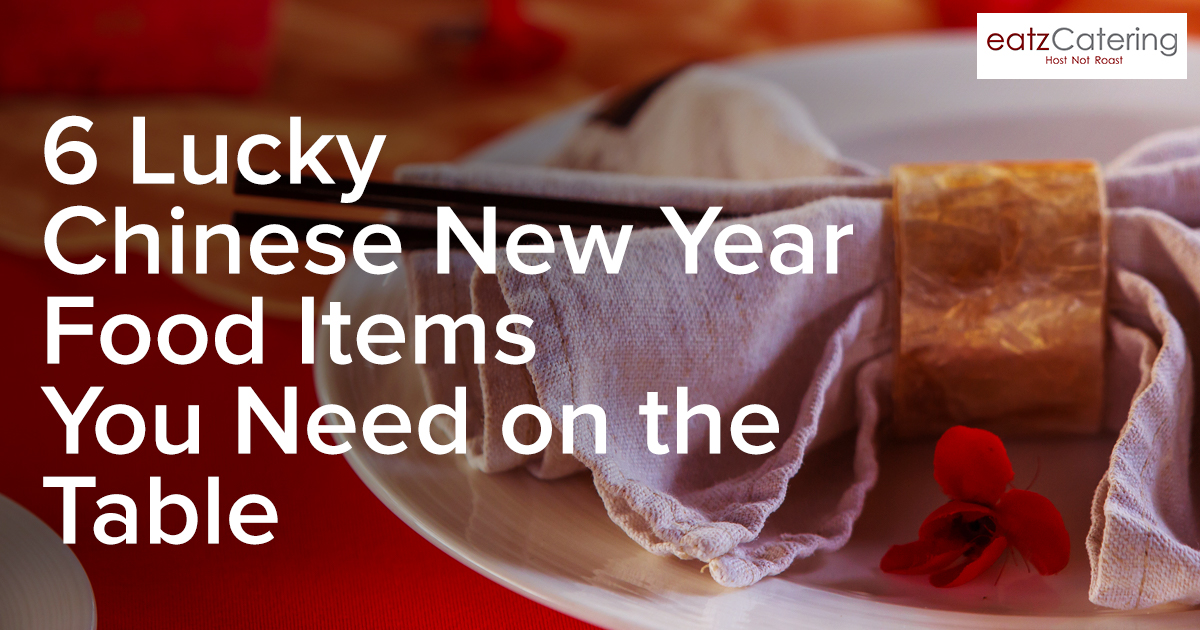 It’s time to start preparing for yet another festive season! The Chinese New Year celebrations are linked to so much fun, opulence and symbolism. Putting together a marvellous feast is obviously one of the biggest essentials and we’re here to help you make the right choices.

Most of you know that food carries a lot more significance for the welcoming of the new year than its mere ability to fill someone’s belly. There are lucky foods and fortune foods that are bound to invite abundance in your life over the course of the coming year.

Without further ado, here are some of the luckiest dishes and ingredients you need to have in your feast this year (later on, we will also provide simple and effortless strategies for making the Chinese New Year’s menu happen).

Fish Is a Big Must!

It would be a pity if you don’t feature at least one fish entrée on your Chinese New Year table.

Fish are considered a symbol of luck in several distinctive ways. For a start, the sparkly scales of fish signify abundance. Fish are also capable of quickly reproducing, which has also been linked to profitability and fortune.

Carp and koi fish are the two most pronounced lucky fish in Chinese culture. All other aquatic creatures that belong to the same species, however, are considered a good choice for the preparation of a happy festive meal.

If you’re looking for inspiration, here’s one great suggestion for you. The Eatz Catering Chinese New Year 2020 Buffet features sweet sour fish fillet among the main dish selections. We also present some of the other lucky nutritional choices that will be discussed later on in the article.

What would a Chinese feast be without at least one delicious noodle recipe! Luckily, noodles are a good choice for the Chinese New Year celebration because of their symbolic meaning.

According to traditions, eating noodles is one of the secrets of a long and prosperous life. The longer the noodle, the longer and happier the life. Hence, you shouldn’t break or cut noodles if you want to have all good fortunes bestowed upon you.

Because of this important significance of noodles, they’re a major part of every birthday celebration. In fact, noodles can be considered as popular as cake for such an occasion. Since the new year celebration marks a fresh start, it’s obviously a good idea to wish for longevity at that time, as well.

The tray of togetherness is an important food-related tradition for this festive occasion.

Typically, it is offered as a snack before a meal or it’s given as a gift to relatives and friends. A tray of togetherness features several essentials like coconut (a symbol of togetherness), red melon seeds (for happiness), almonds, chestnuts, prunes, apricots and sweets.

The tray could also feature tangerines – a primary symbol of luck. Pomegranate, a symbol of fertility, could also be added on the platter to make it both meaningful and visually pleasing at the same time.

This is yet another food linked to prosperity and abundance. When spring rolls are being eaten, you’re supposed to say 黄金万两, which roughly translates to “golden thousands.” That’s a prosperity mantra to get your mind in the right space and focus on important goals over the course of the coming year.

We did touch upon the importance of tangerines earlier on in the guide but let’s dig a bit deeper in their significance.

Oranges and tangerines are juicy and rich in colour. They’re supposed to bring good luck into your life because the Chinese words for orange and gold are phonetically-similar. Hence, this is another interesting linguistic connection that has contributed to a century-old tradition.

Pomelos are some of the biggest citrus fruits out there and the bigger the better when it comes to a new year’s celebration. And if you think there may be a linguistic connection here, as well, you’re correct. The Chinese word for pomelo is similar to the phrase “to have.” As a result, the pomelo has come to symbolise new things and fortune.

The final food we’ll discuss has a somewhat different symbolic meaning from the other entries in the lucky list.

Sweet rice balls have come to represent family togetherness and unity, which is obviously something important you want to enjoy throughout the year.

The pronunciation of sweet rice balls (Tāngyuán) is linked to unity and togetherness. The round shape of this food is also symbolic and it represents the way in which a family should stick tightly together.

Needless to say, sweet rice balls are a staple for all kinds of family gathering. To honour the importance of family ties, you should definitely feature the dish on your festive table.

Eatz Catering is a halal catering company in Singapore that has put together a range of Chinese New Year buffet option for you to choose among. All of our meals are made from high quality ingredients and you can explore the full range of possibilities in the Menu section. Don’t hesitate to contact us if you have additional questions about the Chinese New Year buffets or if you’re interested in some of our other services.